Thursday, 3 October 2013.
Adopt-a-School Foundation is hosting its first-ever fundraising dinner in London this evening. This is the first time in the organisation’s 11 year history that it has held such an event outside South Africa. The dinner, which will be attended by 250 guests from 29 sponsor companies, is an indication of growing international interest in the work of the Foundation.

The London event follows the success of the Foundation’s annual Back to School party in Johannesburg, which is now in its seventh year. Seats at this year’s Johannesburg event, which will be held on 26 October and attended by over 1,000 guests, were sold out three months ago.

The London fundraiser will showcase Adopt-a-School’s record of implementing whole school development in over 500 schools across South Africa, three in Lesotho and one in Mozambique. The Foundation mobilises companies and individuals to adopt disadvantaged schools, providing social and skills development and infrastructure support. Since inception it has built over 320 school facilities, creating over 4,000 temporary jobs and benefiting over 390 small and medium-sized businesses. Adopt-a-School has mobilised over R125 million for disadvantaged schools to date.

Chairman of the Adopt-a-School Foundation, Cyril Ramaphosa said: “What started as a vision to enhance the education landscape for previously disadvantaged children in South Africa following the 1994 democratic elections, has today surpassed our wildest expectations. This is largely due to the ongoing support of an increasing number of sponsors and a committed belief in the importance of education as a driver of social and economic development.”

The dinner will be hosted by the Foundation’s Chairman, Cyril Ramaphosa, and renowned South African musician Johnny Clegg will provide the entertainment. This event has been sponsored by Bank of America Merrill Lynch and highlights the company’s commitment not just to the Foundation, but to education in South Africa. Bank of America Merrill Lynch was one of the first supporters of the Foundation and over the past 10 years has committed resources and employees’ time to two schools in Gauteng.

“Bank of America Merrill Lynch has been operating in South Africa for almost two decades and has consistently supported programmes that address social issues and foster economic growth,” said Richard Gush, the company’s country executive. “Amongst young South African learners, there exists a tremendous thirst for knowledge but often the resources are lacking. This gives companies like ours the opportunity to collaborate and help educate the next generation. Together, we have the knowledge, the resources and the people that can make a difference so I appeal to other firms to get involved in this extremely worthy cause. Through our combined efforts we can help build successful communities and a strong South African economy.”

The London dinner will raise funds for the work of the Foundation. In particular, guests will be invited to contribute towards Adopt-a-School’s visual support programme. Over the past year, the Foundation has provided eyesight tests for close to 4,000 learners and spectacles to over 1,000 learners. 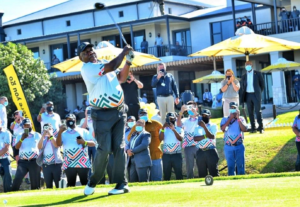 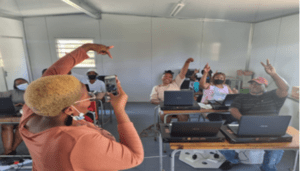 Last quarter, Adopt-a-School Foundation reported on the ICT resourcing project supported by Adapt IT at Kwazomokuhle Secondary School in Hendrina, Mpumalanga, and Modilati Secondary School in Hammanskraal, Gauteng. Each school received 15 laptops to help them integrate ICT into teaching and learning.