Johannesburg, March 2015 – Saint-Gobain, the world leader in the habitat and construction market, this year celebrates 350 years of providing innovative solutions in 64 countries across the globe, including South Africa. Celebratory activities, that will make a difference to people and their habitats, will take place throughout the year.

Saint-Gobain South Africa plans to embrace the anniversary theme of 350 reasons to believe in the future, with a specific focus on education. The celebratory 350 campaign initiatives to be rolled out in South Africa are in line with the objectives of the international Saint-Gobain Initiatives Foundation, to use the company’s expertise to assist disadvantaged communities.

Two key projects include; The Adopt-a-School Foundation project to improve educational habitats and The Architecture for Social Gain Awards to recognize and reward local talent in the design of educational spaces.

Saint-Gobain has partnered with the Adopt-a-School Foundation, a non-profit organization that supports the creation and enhancement of a conducive learning and teaching environment in disadvantaged schools.

After an in depth needs analysis was conducted at a number of schools across South Africa, three schools have been identified for assistance by Saint-Gobain. The company will provide a kitchen, a classroom and ablution facilities to schools situated in the Western Cape, KZN and Gauteng. These projects are due to commence in May and will be completed to coincide with the group’s global anniversary month in October.

Saint-Gobain employees will be actively involved in the projects, and will assist learners at each school with supplies and immediate schooling needs. This initiative will encourage employee engagement across the group in South Africa.

This campaign has been conceptualized by Saint-Gobain in close association with the South African Institute of Architects, to recognize and reward talent in the design of spaces that allow learning and development. This is not just another design competition.

The three categories for entry include FUTURE (concepts and proposals) BUILT (existing projects) and the ADOPT a school proposal for structures to be built to brief. Certificates will be awarded to Professional and Student winners in each category with the top adjudicated entry in each category winning the prize of a trip to Paris in October to take part in the global Saint-Gobain 350 anniversary celebrations.

Since its creation in 1665 in Paris, Saint-Gobain has adapted to the changes of the world and overcome many challenges it faced. Backed by its experience and its corporate culture, the company has its sights set on tomorrow, and knows that there are many “reasons to believe”.

The 350 anniversary celebration themes are based on six central pillars including;

1. The world has no boundaries
2. Sustainable habitat is within our reach
3. Innovation is transforming the world
4. Talent is infinite
5. Habitat for everyone is achievable
6. Saint-Gobain builds on the past and plans for the future

“This anniversary is an opportunity and an occasion to remind everyone of the strength that is acquired through 350 years of history and 350 years of ongoing innovations. Our experience means we understand and focus on the long term. It also gives us the composure and agility to adapt to the ever-changing world. Our history is proof that we are a company that has consistently pushed back boundaries and taken up technological challenges. As we look back over our past and examine today’s world and what we do, we are convinced that there are many reasons to believe in the future. So, it is with our sights set on the future and innovation that we are celebrating this anniversary. It is our optimism that we want to share with you in 2015,” says Pierre-Andre de Chalendar, Chairman and CEO of Saint-Gobain.

ABOUT SAINT-GOBAIN
In 2015, Saint-Gobain is celebrating its 350th anniversary, 350 reasons to believe in the future. Backed
by its experience and its capacity to continuously innovate, Saint-Gobain, the world leader in the
habitat and construction market, designs, manufactures and distributes high-performance and building
materials providing innovative solutions to the challenges of growth, energy efficiency and
environmental protection. With 2013 sales of €42 billion, Saint-Gobain operates in 64 countries and
has nearly 190,000 employees. For more information about Saint-Gobain, visit www.saint-gobain.com
and the twitter account @saintgobain. 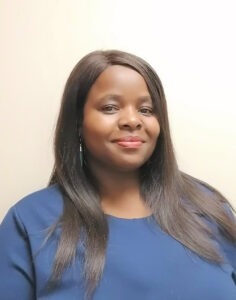